A Secular Atheist's Defence of Christianity

As with many atheists and agnostics, I was once devoutly religious. Although my parents were not practising Catholics, my Northern Irish grandmother was devoutly so and it was within that ideological framework that my inquisitive mind sought answers to the mysteries of existence. However, at the age of thirteen I converted to a fundamentalist Evangelical Protestant sect as I had started to read the history of Christianity and it had become clear to me that much of Catholic doctrine had been invented hundreds of years after the birth of Christianity. I was also reading the Bible a lot and saw that it contradicted much of Catholic theology. However, the inquisitive mind that lured me away from Catholicism within two years led me to question and doubt the claims of Evangelical Protestantism. All that said, I didn't wake up one day and completely abandon all religious sentiment. For a start, I was deeply indoctrinated and religion for me was more than just an answer to profound questions about the nature of existence and the purpose of human life; it was also a theological security blanket that shielded me from some painful and upsetting childhood events. My gradual abandonment of my Christian beliefs led me to find the solace I once found in religion in excessive drinking and heavy cannabis use. I also feared that perhaps my former church might have been right and so I was also trying to drown out the terrifying thoughts of  the hell they told me awaited those that abandoned the faith or even joined another Christian church. By my early twenties my hedonistic lifestyle was severely impacting my psychological well-being and life trajectory, so at the age of twenty three I became a tee-total and packed in the weed after experiencing the damage that excessive cannabis use can do to a young person's mind. By my early thirties I was firmly agnostic/atheist in lacking any belief in a God. I am an atheist in that I have no belief in a God, but I am an agnostic in that I don't claim to know whether there is or isn't a God.

Over the years, I have been a staunch critic of Christianity due to my own negative experiences with extreme variants of both Catholicism and Protestantism that spent so much time being intolerant of each other they barely had time left for bigotry towards the non-religious. However, over the last year or so, I've completely re-evaluated my attitude towards Christianity to include its positive effects, despite my own atheism/agnosticism and the remaining criticisms I have of the faith.

In the west, most practising Catholics and most Protestants are not theocrats seeking to overthrow the liberal democratic state in order to impose religious orthodoxy on the masses. Yet, many supposed liberals who pride themselves on their atheism recently watched the TV adaptation of Margaret Atwood's 'The Handmaid's Tale' believing that if  the majority of Christians had the chance they would usher in a fundamentalist Christian dystopia. Ironically, many of these supposed liberals are the first to shout 'Islamophobe' at anyone who dares point out that there are actual existing Islamic societies where life for women is even more hellish than in the aforementioned fictional TV series.

The philosophical underpinnings of liberal democracy with its emphasis on freedom of conscience and freedom of speech can be traced back to the Enlightenment and to the contributions of both deist and Christian philosophers. One such Christian philosopher was John Locke, whose essay, 'A Letter Concerning Toleration', was one of the first texts of the Enlightenment period to argue for the separation of church and state and for there to be no compulsion with regards to religious belief, whilst Locke was not very tolerant of Catholicism or atheism, his philosophy paved the way for what became a widely accepted norm in the west, that people should be free to think how they like and that the state has no place in dictating the contents of people's consciences. Sadly, with the rise of identity politics in recent years freedom of conscience and expression has come under attack, ironically from many in the absurd atheist plus movement who are the first to criticise religious extremists for being overly authoritarian.

In the aftermath of the sectarian blood letting during the counter-reformation in Europe, various Christian thinkers promoted freedom of conscience as the only means to stop internecine slaughter between various Christian sects, as is highlighted in A.C. Grayling's 'Towards the Light: The Story of the Struggles for Liberties and Rights that Made the Modern West'.  I can imagine some of my fellow atheists and agnostics reading this article whilst getting ready to recite the charge sheet against Christianity. As a former Christian and non-believer I'm not going to deny the deficiencies and crimes associated with Christianity, but that topic has been extensively covered by prominent atheist writers and social commentators. However, at the same time any honest reading of history will show that many Christian thinkers contributed greatly to both the development of western civilisation and to the freedoms that we all enjoy today. It was Evangelical Christians such as William Wilberforce, inspired by his religious beliefs, that led him to campaign for the abolition of slavery along with other Christian groups like the Quakers. It was the Baptist preacher Martin Luther King who led the civil rights movement in America that campaigned for the equal treatment of black people.

At this point, I should probably declare my own biases in that in many of my political and social views I am a conservative and so share common ground with Christians on certain issues. Over a decade ago, I was politically on the far left and my views on social problems were that they all resulted from either capitalism or the hangover from overly authoritarian conservative attitudes from the past. However, it was during my six years working in the youth care and education sectors in the UK and the behavioural problems I encountered with young people that I began to see what society had lost in completely abandoning the conservative approach to child rearing and education. It was the remnants of both conservative and Christian influences from my own youth that prevented me from going completely off the rails in my late teens and served as a moral compass to get my life back on track in my early twenties. As a youth worker, I saw that the transition from what was an overly authoritarian social order to an excessively liberal one had merely switched one rigid way of ordering society for another. The result of this reordering of society and particularly so in the education and social policy arenas was that any of the wisdom and positive aspects of the conservative world view were lost. I detailed the effects of this transition on young people in my book, 'Generation F', in 2011.

As the influence of traditional conservatism and Christianity have declined in many western countries they have left a moral vacuum in some countries that has been filled with the jettisoning of personal responsibility, an embrace of excessive hedonism and a disregard for how individual actions affect others and society as a whole. As an atheist, I'm not advocating that without religion people can not structure orderly, ethical and functioning societies, there are many societies that do and on an individual basis I am truly content now in a way that I wasn't when I was a fundamentalist Christian, but it was a long road until I found an ethical and philosophical outlook to give me that contentment, one that was not on offer from mainstream society when I initially rejected fundamentalist Christianity. However, the abandonment of  the positive aspects of conservatism and Christianity only to be filled with a nihilistic, narcissistic and irresponsible form of individual freedom that we have in Britain and Ireland has contributed to greater social fragmentation and to a decline in overall individual contentment as the record number of people in Britain on anti-depressant medication can attest.

Above all though, I believe that for those of us non-believers who are classical liberals, conservatives or libertarians and even the few remaining sane voices on the left, there is common ground to be found in allying ourselves with those Christians who also seek to preserve the liberal democratic order we all cherish. After all, we face the common enemies of both radical Islam and the proponents of illiberal post modernist identity politics which seek to dismantle and destroy all that is just and decent about western civilisation which has been shaped by us all, believers and non-believers alike. 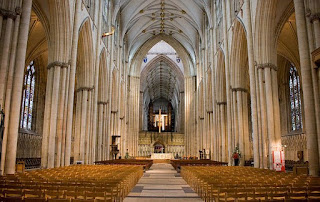