This is Madness Gone Politically Correct

Ever since large swathes of western  society started demanding that humans with intact penises have as much right to be considered women as humans with vaginas I've been wondering if madness has taken hold. In the past few months, I've stumbled across one article arguing that men have periods too and that it is 'dangerous' to assume that only women have menstrual cycles. However, the most baffling article I've read lately was about a trans-man, basically a woman with a lumberjack shirt and some stubble, giving birth to a baby. I'm sorry and I hate to be getting out the 'hate speech' so soon in to this article, but the truth is only women can gestate foetuses. And it's even harder to take a trans-man seriously that he really wants to live his live as a male when he wants to have an experience that by its very nature is exclusively female.

However, nothing could have prepared me for this article in the Irish on-line newspaper the Journal.ie where the author, a member of a UK based charity called Intervoice, demands we cease to use the word schizophrenia to describe people with schizophrenia because it is offensive to use a label that connotes hearing the voices of dead celebrities with being mentally ill. This is madness gone politically correct. What I find even more perplexing is that day in day out the media across the British Isles, including TheJournal.ie, promote the notion that society is undergoing some kind of mental health crises because they mistakenly conflate fleeting bouts of feeling down or being anxious, the normal ups and downs of life, with being mentally ill.

Meanwhile, the Journal.ie have now decided to promote the message that auditory hallucinations are just friendly chats with old friends and nothing to be concerned about. And of course the Guardian beat them to it a few years ago with a piece lauding the benefits of mental illness titled, 'It's time to listen to the voices in your head.' Whilst it's great that some people have been able to deal with their psychotic delusions in a way that doesn't negatively affect themselves or others, this isn't the case for every schizophrenic or other sufferers of psychosis. In 2015, there were seventy one people murdered by people listening to the voices in their heads in the UK, an increase of ninety two percent since 2009. The care in the community model which leaves people with dangerous mental health conditions living in mainstream society clearly isn't fit for purpose.  Not too mention, but paranoid schizophrenics have a very high rate of suicide compared to the rest of the population. so just how is leaving them living independently in society caring for them? Perhaps, the Guardian or the Journal.ie may consider writing a piece called, 'Please don't listen to the voices in your head.'

If it ever becomes socially unacceptable that we can't say that someone who thinks that their cat is chanelling the voice of Napoleon might not be in the best of health then we all need to start taking medication.We should treat the genuinely mentally ill with dignity and compassion, but it's insane to suggest we treat mental illness as just another lifestyle choice. To do so is to be complicit in an act of mass delusion. 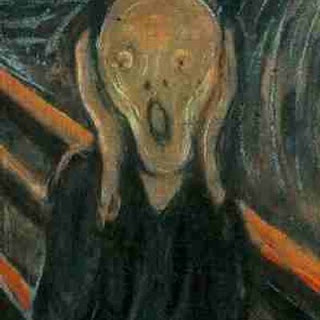