After Strasbourg: Let the denial and excuses begin


In the aftermath of yet another Islamist attack in Europe, this time in Strasbourg, the usual excuse makers will still be trying to blame the Iraq war, or the crusades, or the fact the perpetrator may have been unemployed. I worked for several years as a youth worker with unemployed young British men from many ethnic backgrounds. None of them ever resorted to driving over their fellow citizens to quell the boredom and frustration of being jobless.

The Jeremy Corbyns and Ken Livingstones of this world and many of their supporters will grasp at anything but admit the truth that the Islamic faith has a problem with both violent and non violent extremism. When you want to talk about Islamic extremism they will bring up the fact that all religions have their extremists. This is true,  but there is a qualitative difference between an extreme Mormon and his strange underwear collection and a Wahhabi hate preacher who believes all western women are whores who should be driven over and maimed beneath the axle of a speeding van.

An extremist Christian may preach on street corners about the fiery depths of hell and then go home and pray for sinners. An extremist Buddhist will meditate too much and bore you to death about karma. An extremist Hindu might kick your arse if you try and eat his cow. However, there is only one religion where its extremists (and there are many as its a spectrum) believe some or all of the following: gay people should be killed (happens in many Muslim countries at the hands of the state or a mob), Muslims who wish to leave Islam should be killed or imprisoned (the law in several Muslim countries) and women should be stoned to death for sex outside marriage.

We have imported this mindset in large numbers in to Europe. It's not all Muslims, certainly not, anyone who says that is clueless, but it's enough that it's a problem. Hindhus, Sikhs and African Christians and ex-Muslims adapt and integrate/assimilate and go on to become loyal citizens, as do many Muslims, but a significant amount of them don't because they are hostile to liberal democracy. The most extreme go on a murderous rampage. The less extreme call for blasphemy laws, practice forced marriages and wish to live by Sharia law as opposed to the laws of liberal democracy. This problem is going to get worse and worse. Do some research on the problems that plague almost every Muslim country that result from the predominance of illiberal mindsets and realise we are importing these very problems. Without screening to keep those who hold far right totalitarian religious views out of the west there will be much more of this to come.

It's a very simple mathmetical equation. Import more extremists and get more extremism. The less extreme form will just want to prohibit speech and have us turn a blind eye to forced marriages and female genital mutilation. The more extreme ones might stab you in the neck at a restaurant on a Friday night simply because you are an unbeliever. And because European politicians have provided no screening and didn't efficiently regulate the numbers coming from the Islamic world, with each terror attack this will increase bigotry and hatred towards the genuine moderate Muslims which I utterly condemn. Well done to Mrs. Merkel and the EU for all of this. You have managed to increase both extremism and suspicion of anyone with brown skin from the Middle East and Asia.

Over the next few days, before the bodies in Strasbourg are laid to rest, the other phenomenon that occurs after every Islamic terrorist attack will begin. Legions of self - hating western apologists will take to social media and expend most of their anger denying there's a problem or blaming the west for these attacks and calling everyone a racist for pointing out that Islamic extremism has something to do with Islam. 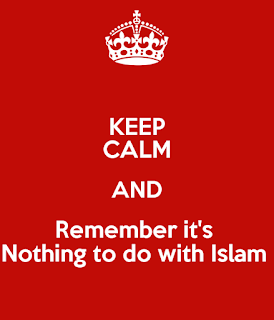