"While the people are virtuous they can not be subdued; but when once they lose their virtue they will be ready to surrender their liberties to the first external or internal invader."
Samuel Adams. American statesman and political philosopher. 1722-1803

One of the paradoxes of western liberal democracies is that the more individual freedoms people have the less they are concerned with the defence and preservation of those rights. This occurs because many citizens take their liberty as a given and therefore take it for granted. It's a bit like breathing oxygen, most people never give its existence a second thought until it's in short supply.

Throughout much of western society we have used our liberty to jettison the last vestiges of Christianity and in it's place most of us have become devotees of the cult of individualism and its concomitant value system that promotes pleasure, self gratification and choice above any sense of collective well being. Now, as a secular agnostic who espouses classical liberal values that protect individual rights I am not advocating a return to an era when individual rights were subservient to the collective well being which was defined and enforced by overly authoritarian power structures. However, what I am offering is a critique of the particular individualist culture in which we live currently and in particular how it relates to the growing influence of Islam in Britain.

Any observer of most of the British media can see that it promotes and exalts the cult of individual pleasure seeking and self gratification to the detriment of promoting any other ethical framework, well apart from Islam, but we will come to that shortly. Take for instance the BBC's ethical discussion program 'The Big Questions', it is on early on a Sunday morning and only for a few months of the year. Contrast the dearth of TV programs that concern themselves with ethics to the plethora of programs that promulgate the ethic that self gratification in the form of pleasure, wealth and fame are the hallmarks of a successful and contented life. There's even a show on Channel 4 now called, 'Naked Attraction' in which men and women talk openly and in detail about the kind of labia or scrotum they could see themselves settling down with while viewing a line up of prospective partners with their bits hanging out. When a large swathe of the population spend much of their non-working time voyeuristically watching the likes of Steve from Bolton describe the kind of labia he finds most appealing , or which of this week's talentless singers get booted off X-factor, well then there is hardly much time or mental energy left to discuss important ethical matters.

Britain's cultural obsession with fame, pleasure and self gratification was evident this summer when we compare the extensive media coverage of  the reality TV show, Love Island, alongside the very limited coverage of the sacking of the Asda worker from Dewsbury, Brian Leach, who shared a video on Facebook of the comedian Billy Connolly that his employers deemed to be 'Islamophobic' after receiving complaints from some of his Muslim colleagues.

Mr. Leach's case was reported in some sections of the print and on-line media for a day or two at most, whereas reporting on the sexual and romantic entanglements of the inhabitants of Love Island was almost a daily occurrence. Neither the BBC or Channel 4 covered Mr. Leach's sacking. These two channels have a lot to say about intolerance towards Islam, but on this occasion when the intolerance was coming from Islam they were silent. Mr. Leach's right to share the 'Islamophobic' Billy Connolly sketch on his own Facebook page is protected under the Racial and Religious Hatred Act 2006 which states:

It is regrettably understandable though why Asda would take the cowardly route out and want rid of Mr. Leach. After all, some Muslims are known for getting a tad worked up about blasphemy. After all, being on the receiving end of a triggered Islamic extremist can have life ending consequences as the staff at Charlie Hebdo discovered to name just one of many incidents. So, it is easy to see why a grocery store wouldn't want to be associated with the charge of blaspheming against Islam when there's the possibility that a few of it's more fervent followers might turn up in the fruit and veg section and start hacking at its customers. Once your brand is associated with decapitations on aisle five it's probably not going to be great for your share price.

The crux of the problem is this, a society that cherishes free speech can't fully defend it when it has a parallel Islamic culture in which large numbers of people believe blasphemy should be a crime that is harshly punished, as we saw in the aftermath of the Salman Rushdie affair and many times since. This is because there is an immediate censorious effect just knowing that within that parallel culture there is a minority that don't want to wait for sharia to be the law of the land and are willing to violently impose punishments for blasphemy in the present tense. Can peaceful and tolerant liberal democracies really compete with that kind of aggressive cultural swagger?

As Mr. Leach broke no laws and was perfectly within his legal right to exercise his freedom of expression, how is it that Asda were able to get away with sacking him for sharing a video by one of Britain's most successful comedians? Why was there no campaign led by prominent politicians to defend Mr. Leach's freedom of expression? Who knows? Maybe they were all at home watching Steve from Bolton choose his favourite fanny on 'Naked Attraction.'

When many of those elected to defend the values of liberal democracy can't even be bothered to do so you know the rot has well and truly spread. In fact, the problem is much worse than apathetic politicians too lazy to defend our values, the truth is many of them are actively working to legally enshrine Islamic prohibitions on blasphemy. Three of the four leading political parties, Labour,  the Liberal Democrats and the Scottish National Party have adopted the following definition of 'Islamphobia':

"Islamophobia is rooted in racism and is a type of racism that targets expressions of Muslimness or perceived Muslimness."

Thankfully the government have seen that this definition is vague and would lead to prohibitions on freedom of speech were it be given any legal sanction. As the editor of Spiked magazine, Brendan O'Neill has pointed out:

"In a free society, all of us should have the right to criticise religion. If ‘expressions of Muslimness’ – otherwise known as Islam – are protected from criticism, then we will be witnessing the return of blasphemy law by the backdoor."

The bad news is that while we may still be legally permitted to criticise Islam, despite the efforts of three of the four main political parties, culturally we are losing the right to do so and have been for some time. There are even many within journalism, the one profession whose effectiveness and integrity is predicated on the concept of freedom of expression, who lie supine and prostrate before the 'Islamophobia' grievance mongers. In fact, the problem is even more pronounced in that many so called journalists are actually leading the witch hunts against those they deem to be 'Islamophobes.'

One of the most appalling examples of this was the media's treatment of the British gymnast Louis Smith in 2016 for mimicking the Islamic call to prayer. I wrote about this at the time for Areo magazine and commented on the bizarre spectacle of prominent journalists like June Sarpong and Janet Street Porter forcing Louis Smith to apologise on national television for his irreverence towards Islam in a way they would never demand for anyone criticising or mocking any other religion. When leading journalists are actively undermining the free speech rights it took hundreds of years to win in the west and upon which their own profession is dependent, then western culture and the values it purports to champion are well and truly under attack.

There is a mistaken belief that tyranny is always a top down phenomenon that originates at state level and is then diffused coercively in to the wider culture. Indeed, there are times it does occur this way, but what we are seeing now is a bottom up assertive cultural drive from a coalition of Muslims, left wing activists, supposedly centrist parties and much of the media to try and ring fence Islam from criticism. The sacking of Brian Leach this summer and the media's coerced grovelling of Louis Smith to save his career in 2016, with very little public outrage, are just two of many examples of how the concept of freedom of expression is no longer cherished throughout British society.

Just how has this been allowed to happen and why are so few people enraged about it? The gradual erosion of freedom of speech in Britain is something that should concern anyone who values individual liberty as it is the cornerstone of all other freedoms. However, when you have a society in which much of the population are concerned mainly with self gratification and the shallow culture that exalts it, as well the understandable desire to develop a career and pay off a mortgage then it is inevitable there will be less time or interest in which to contemplate abstract concepts like freedom of speech. Unfortunately, when you are not aware of the value of something or prepared to defend it then it will be easily taken from you when faced with a strident enemy. This is precisely where we are now in that we have much of  British society not concerned with defending free speech while simultaneously we have an assertive coalition of Muslims and a largely illiberal political and media class intent on enforcing Islamic prohibitions on blasphemy. Is it any wonder that the cultural battle to save free speech in Britain is being lost? We must take a stand before it is too late because if freedom of speech disappears completely it will be too late to complain about it then.

"The barbarians never take a city until someone holds the gates open to them. And it's your own multicultural authorities who will do it for you." 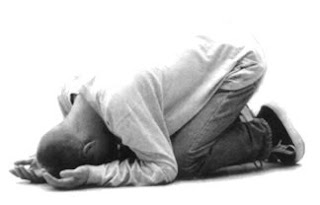