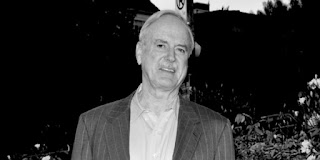 (Originally published in The Conservative Woman on June 2, 2019)

WELL, the new puritans are now outraged at John Cleese’s remark that he believes London is no longer an English city. The wokerati have denounced him as a racist, despite the fact that Cleese has stated he cares not about the race or ethnicity of London’s residents, but that his remarks referred to the demise of English culture in the city, and that he prefers cultures that do not go in for female genital mutilation. As Cleese lives on a Caribbean island and states his admiration and preference for the culture of its black inhabitants, calling him a racist is beyond ludicrous. Is this really where we are at now, that to denounce the barbarity of FGM is seen as an indicator of white supremacy? As I wrote in a piece for The Conservative Woman last year, how can it be racist to have cultural preferences?
Although Irish, I prefer living in Britain. I prefer soul music to traditional Irish music and I prefer the comedy of Monty Python to the awfulness of Mrs Brown’s Boys. By the ludicrous logic of Cleese’s critics this would make me a self-hating anti-Irish racist. (to continue reading click here.....)
Posted by A R Devine at 16:30