Recently, I was talking to a friend via Facebook messenger about the benefits of going straight in to work after school or gaining a trade as opposed to going to university. My friend left school and trained to be a chef and bought his first house in his early twenties, just as I was entering university as a mature student in my mid twenties. Since university, my politics degree and master's have been of no assistance in helping me develop a decent career despite my best efforts. For several weeks after that conversation, whenever I went on Facebook I was bombarded by advertisements for degrees in politics at several universities. Fantastic! I am now being trolled and taunted by my own social media account I thought to myself.

After graduating with my master's and a nice chunk of debt, I offered my labour for free, on a part time basis in several sectors, in order to gain valuable experience while also holding down a full time job. However, I discovered that those working for nothing opportunities were highly competitive, and mostly went to people who had the resources or support to do them on a full time basis. Those were the days when I was on the extreme far left politically, and so I blamed capitalism for my situation. Now that my politics have altered considerably, I see that the damage done to my employment prospects was a combination of my own poor decision making, along with the career interests of the mostly left wing academics that taught me, who it suited not to mention the limited opportunities that would come from the degrees they were teaching.

Is it any wonder that a growing number of middle class graduates have become easily deceived by the specious allure of the far left? In order for capitalism to perpetuate itself in a stable manner, it needs to ensure the vast majority of people have acquired a stake in the system. Having large numbers of people leaving university with degrees that don't enhance their employment prospects is detrimental to the needs of the economy and undermines social cohesion. However, the even more disturbing part is that many of these disgruntled graduates and post graduates take no responsibility for their poor educational choices. Instead, they blame the rotten capitalist system for having little demand for the talents of someone who did a research master's on the representation of non-binary identities within the Scottish transgender poetry scene of the late Victorian era. Is it any wonder then, that when Corbyn's grievance driven politics met the frustrated and unfulfilled ambitions and sense of entitlement of many university graduates it was love at first sight?

Ever since I completed university, my lack of an even average salaried job has been the source of much stress and frustration. However, today I take responsibility for my predicament instead of blaming capitalism. While I have been in employment for most of the time, it has largely been in areas not commensurate with my education and not very well paid. Spiraling rents in cities have seen me move numerous times, more often not out of choice. Ironically, one of the most frustrating jobs I've ever done led to a degree of success as a writer. In October of last year, I very reluctantly returned from Britain to Ireland after a spell of temporary agency work had dried up. I was unable to obtain anything more secure despite my efforts, and my hopes of my fiance joining me and setting up a home in Britain came to an abrupt end for the time being. It was a stressful period.

However, since the corona virus lock down my attitude has completely changed. Now, that millions of people are on the dole across these islands I no longer feel like such an under achiever. The week before the lock down, I was offered two not very interesting or well paid jobs. Morrisey knew what he was talking about. I wasn't too enthused by either offer, but I needed an income and I've always had the you just have to get on with things mentality, even if I bitch and moan a bit as I am getting on with things. Technically, some may argue that bitching and moaning nullifies the extent to which you are getting on with things, but let's not get hung up on semantics. Anyway, I was about to start one of the jobs, but due to the lock down the offer was rescinded at the last minute. Instead of dwelling on this setback, I have been taking the advice of some friends on Facebook to focus on what I am grateful for in order to bolster myself psychologically. I had contemplated turning to heroin instead, but I recently re-watched Trainspotting and it put me right off. Taking up being grateful looks like a lot less hassle in the long run and you also get to keep your teeth.

Joking aside, when I see the suffering and loss, both personal and financial, others are experiencing due to Covid-19, I don't have much to complain about. Suddenly, not having a great career that I am worried I may lose or a house whose mortgage I might no longer be able to pay is actually beneficial to my mental well-being. Who would have ever thought that having nothing to show for myself would pay off? Not living up to my full potential is actually a blessing at the moment, or maybe my problem has always been that I have an exaggerated understanding of my own abilities, and it is possible I actually exceeded my potential many years ago. Dear lord, now that's a deflating thought. Wait a minute, I thought this gratitude malarkey was supposed to make me feel better? 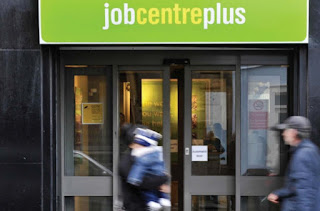