The school that tried to end racism where it didn't exist

(This piece was originally published on the Conservative Woman website on July 9th 2020.)

I recently watched the baffling and infuriating two-part Channel 4 documentary, ‘The school that tried to end racism’. From the trailer and the fact that it was being aired on Channel 4, I took a wild guess that there would be very little racism that needed eradicating in the school. Sure enough, from the very start C4 excelled in meeting my low expectations.

The show introduced us to a year seven group of multi-ethnic 11-year-olds who mixed freely and stated that they don’t care about ethnicity or skin colour and that they see everyone as equal. Nothing to see here, you might conclude, but as we were about to learn, not caring about skin colour is in itself a form of racism. Clearly, these little bigots were in need of some serious moral instruction to help them overcome the racism they couldn’t see in themselves....click here to read on. 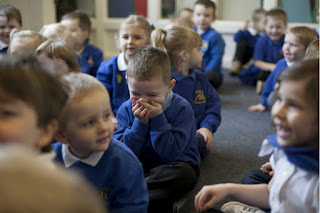