The virus that obeys curfews and other signs of mass psychosis

In Ireland, from Monday the 20th December, 2021, if you finish eating your meal in a restaurant at 19.59 and are in support of the government's 20.00 hospitality curfew, you get to consider yourself a responsible citizen who cares about others and the greater good.
If you argue that the Irish government's curfew leads to loss of livelihoods, and the ruination of businesses along with all the suffering that entails, and that you should be able to dine after 20.00, then, the curfew supporting diners will ask why you want to kill your granny and why you don't 'trust the science' and the 'experts.' There are prominent journalists in the Irish media making such arguments. As in the rest of the British Isles, there are very few journalists taking a contrary stance.
The curfew supporting diners are so deeply immersed in a mass psychosis that they ignore that they know an airborne virus doesn't abide by curfews. They bury this knowledge so that they can comfortably eat out just before the curfew while later allowing themselves to demonise those of us who point to the absurdity of the curfew and oppose other restrictions. One of the features displayed by sufferers of this mass psychosis is the belief that they are the righteous ones who belong to a worthy class of people unlike those uncaring, evil lockdown sceptics, unvaxxed and vaccine hesitant people who we need to demonise, ostracise, segregate, and treat as second class citizens for the well being of society.
The curfew supporting diners are completely unaware of what the psychologist Carl Jung referred to as 'the shadow,' that part of every human being that is capable of commiting evil acts. They have embraced what they believe to be a well intentioned and caring form of authoritarianism that is in the interests of the greater good. They are completely blind to the fact that every form of authoritarianism, if left to run its course, leads first to the demonisation of outgroups, and later ends in gulags, Magdalene laundries, workhouses and concentration camps. I don't hate those who support lockdowns, excessive restrictions and who believe that people like myself that ask any questions about the vaccines should be personas non grata. I know my ideological opponents in the Covid debate are well intentioned and acting out of genuine fear for a virus that poses a risk to the elderly and comorbid.
Unfortunately, history shows us that being well intentioned doesn't negate the slide in to totalitarianism and all the horrors it can unleash. Every dictatorship starts off wanting to improve the overall well being of the people which is why so many initially comply and support totalitarianism in whatever its guise. I just wish that my ideological opponents in the Covid debate could reciprocate that those of us who oppose lockdowns and have concerns about vaccines are also acting in what we perceive to be the greater good which for many of us is the sanctity of individual liberty, and the belief that the power of the state needs to be constrained to protect it.
If they fail to see that we too are well intentioned and continue on ignoring their 'shadow' side, then, I fear that those of us who dissent will see even further demonisation, ostracising and the removal of more civil liberties. The path that many western governments are now on doesn't bode well for individual rights and social cohesion. Liberal democracy is effectively suspended in parts of the west and is cheered on by the political class and a compliant media suffering under the aforementioned mass psychosis. Whether it comes back any time soon is anyone's guess. We are living through the darkest days in Europe and the British Isles since the fascist and communist eras of the twentieth century and the consequences will be with us for many years to come. 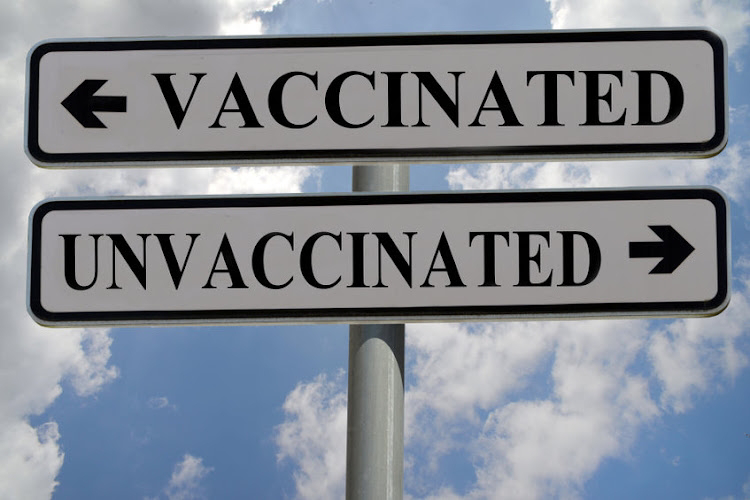